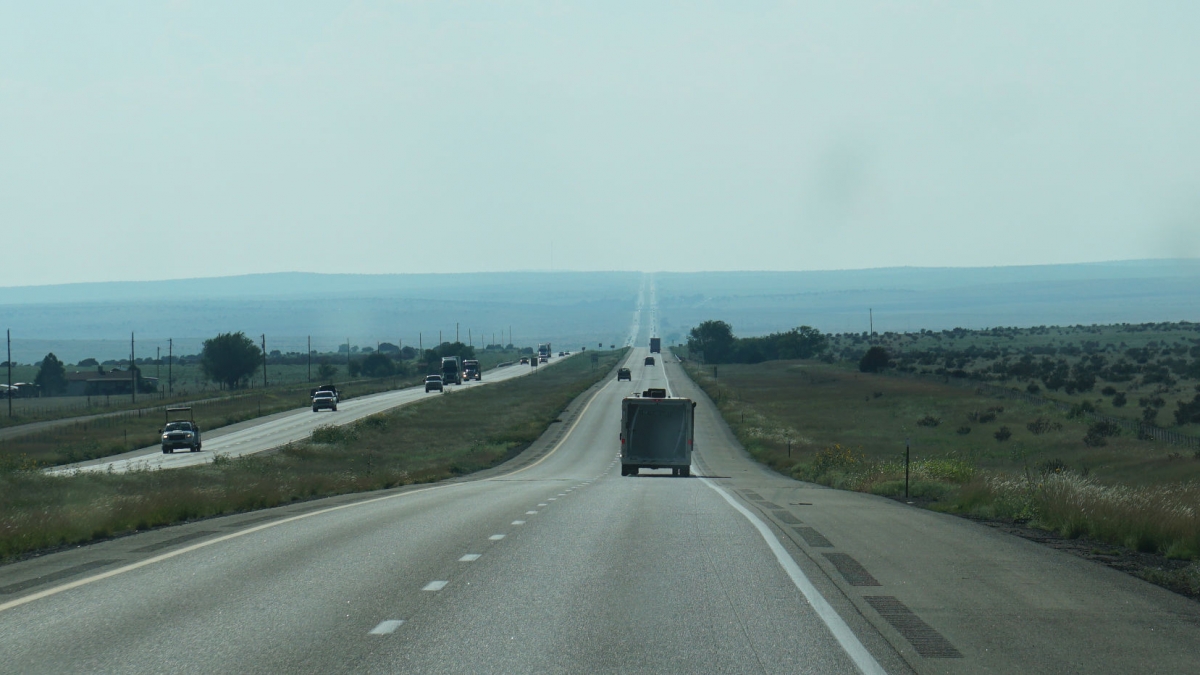 Things that don’t mix: going uphill all day and big heavy vehicles. Neither of us realized that our planned route from Oklahoma City to Albuequerque would have us slowly but surely increasing in elevation over our 568 mile route, eventually to about 6,000 feet above sea level. The RV takes a bit more time to get going at elevation, especially if that going is up hills. This meant that our planned 8 hour drive turned into a 12 hour all day drive, so we were both pretty relieved to finally pull into the RV park at the end of the day.

Best Scenery:
New Mexico, but only because we were so glad to be done seeing things.
Worst Scenery:
Texas. That’s when we first realized that the day would be slower going than planned.

Best Smell:
Dinner at the end of the day
Worst Smell:
Quality Beef Producers. I’ve never seen or smelled so much cattle. 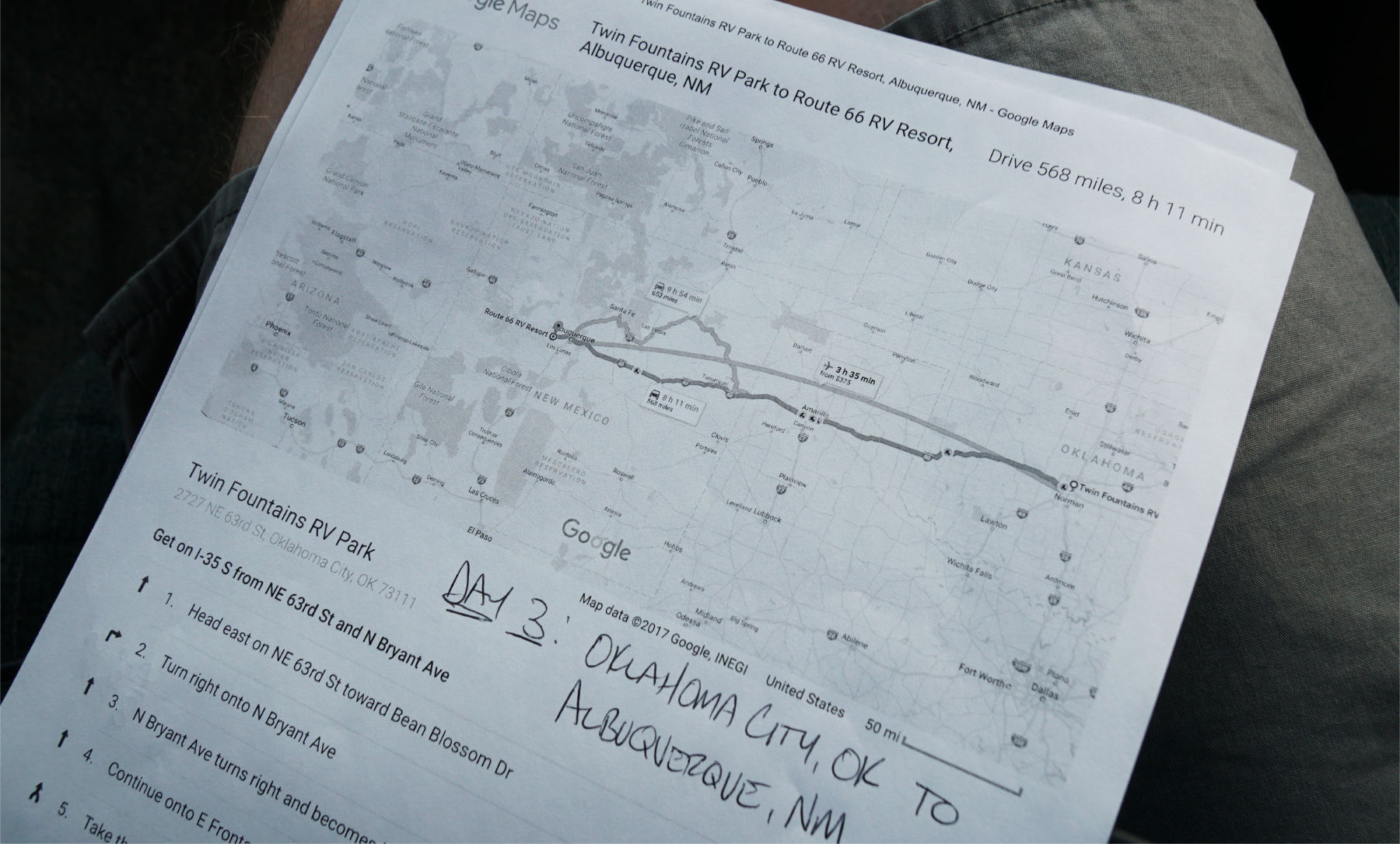 8 Hours and 11 Minutes was just a bit optimistic 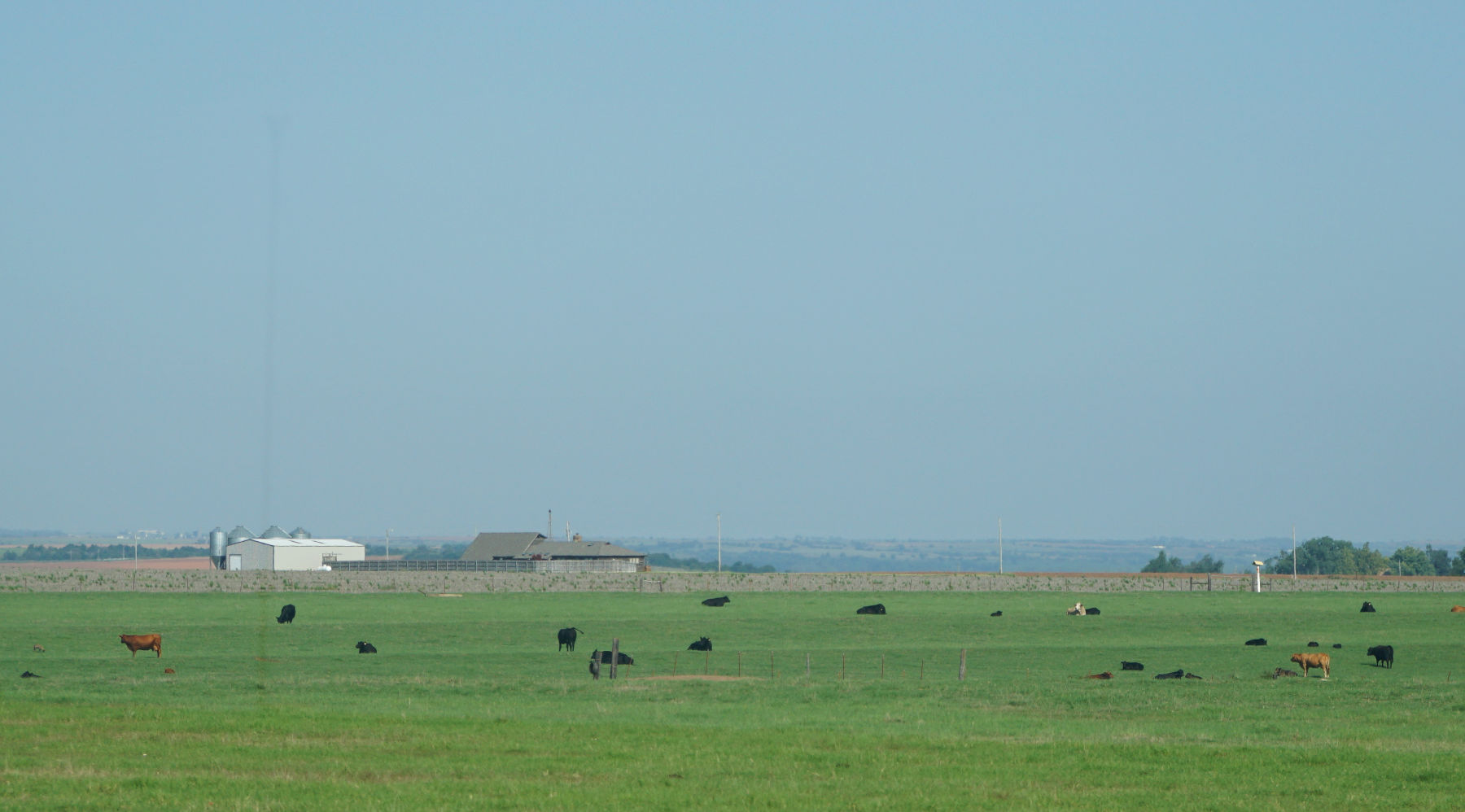 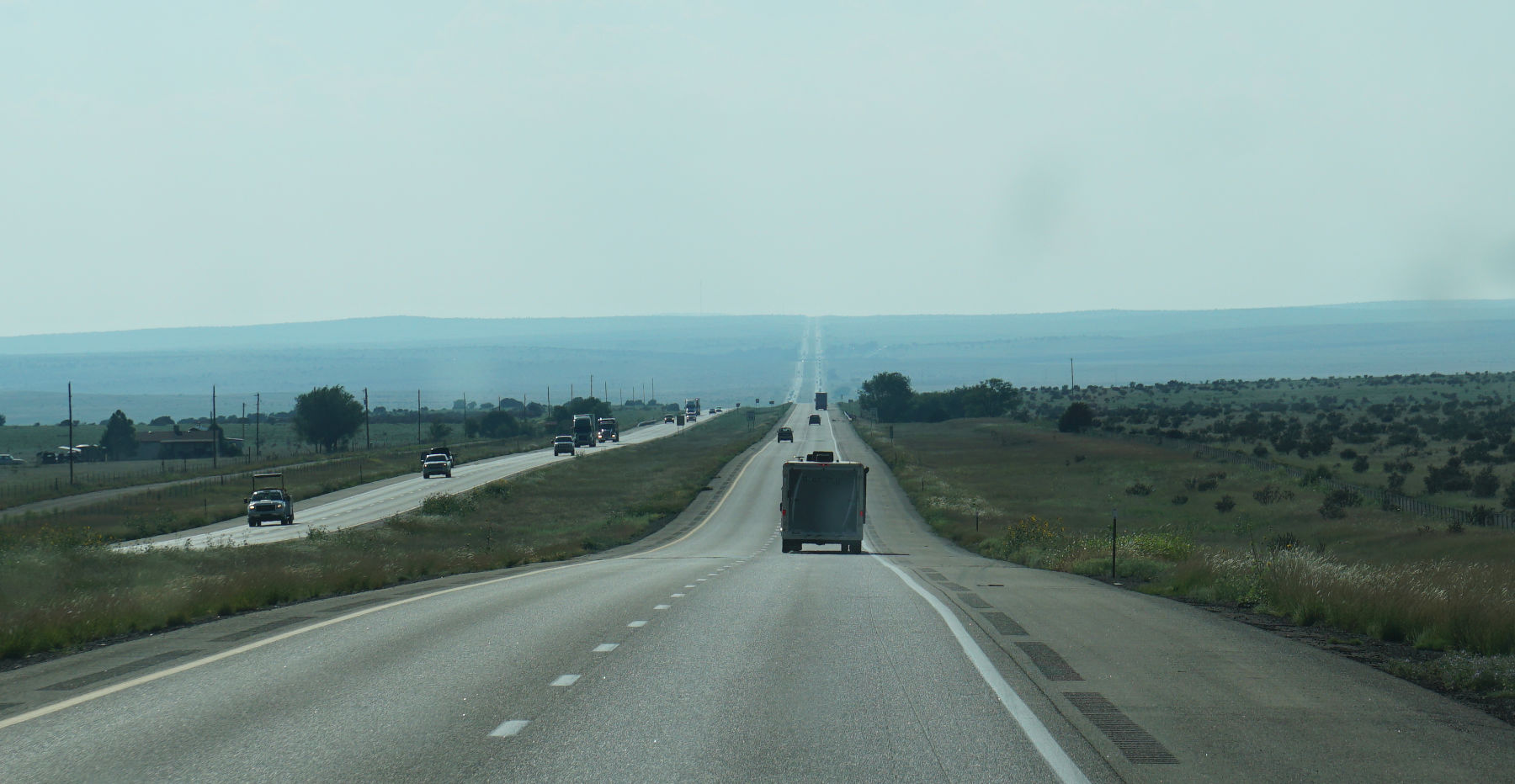 Such a relief to head downhill. Look at that uphill though… 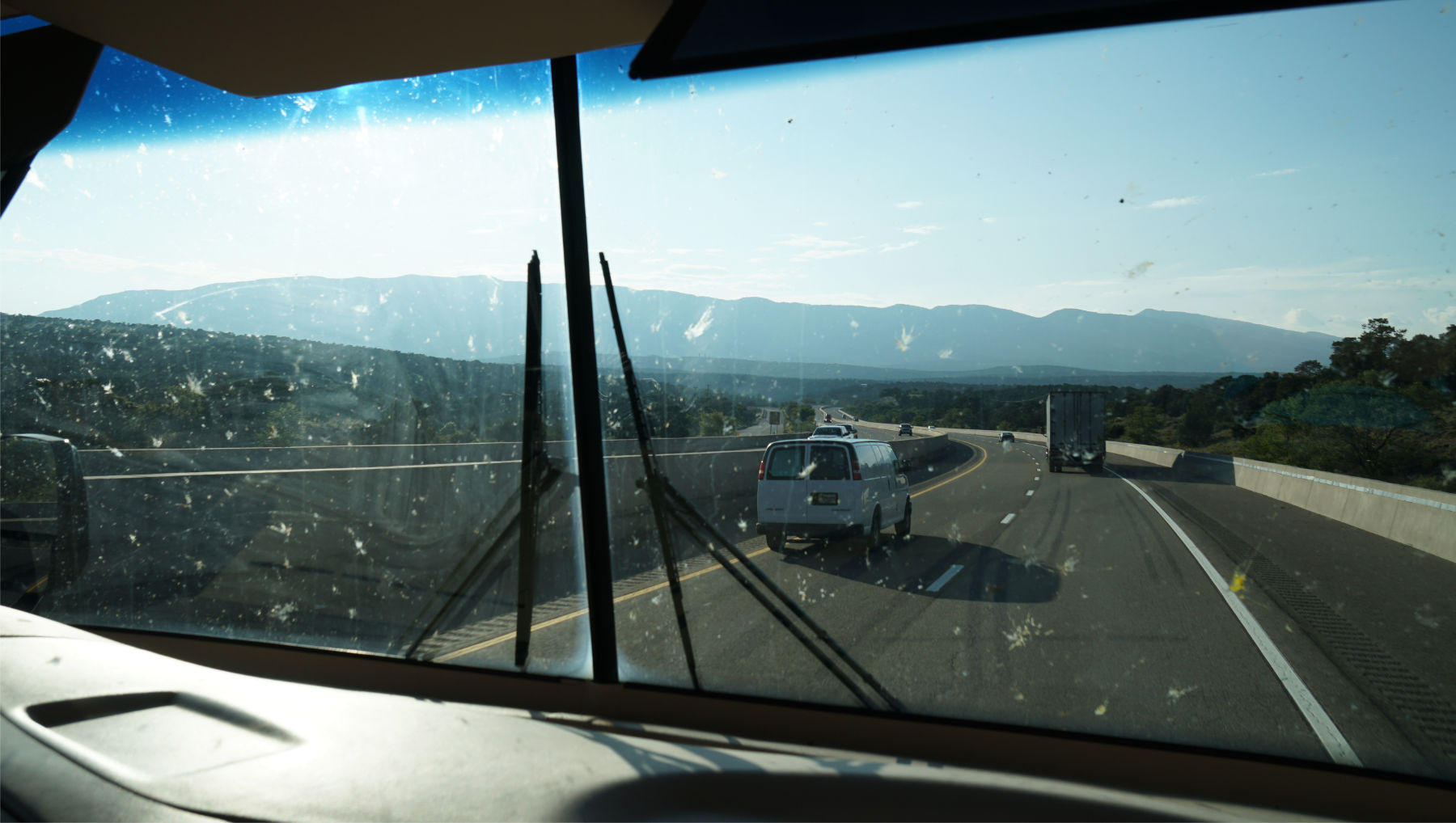 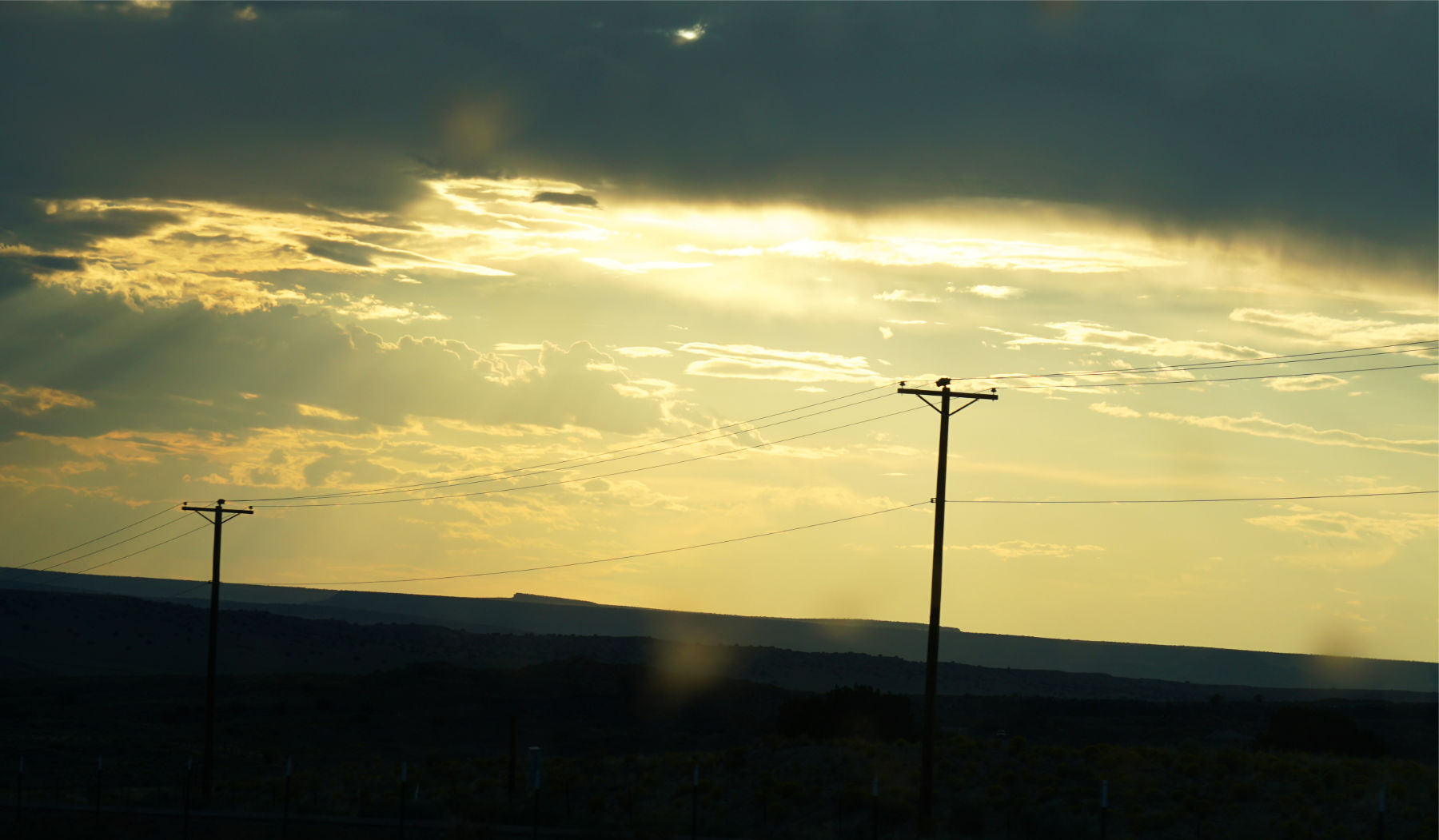 The sun was getting lower but we were still driving 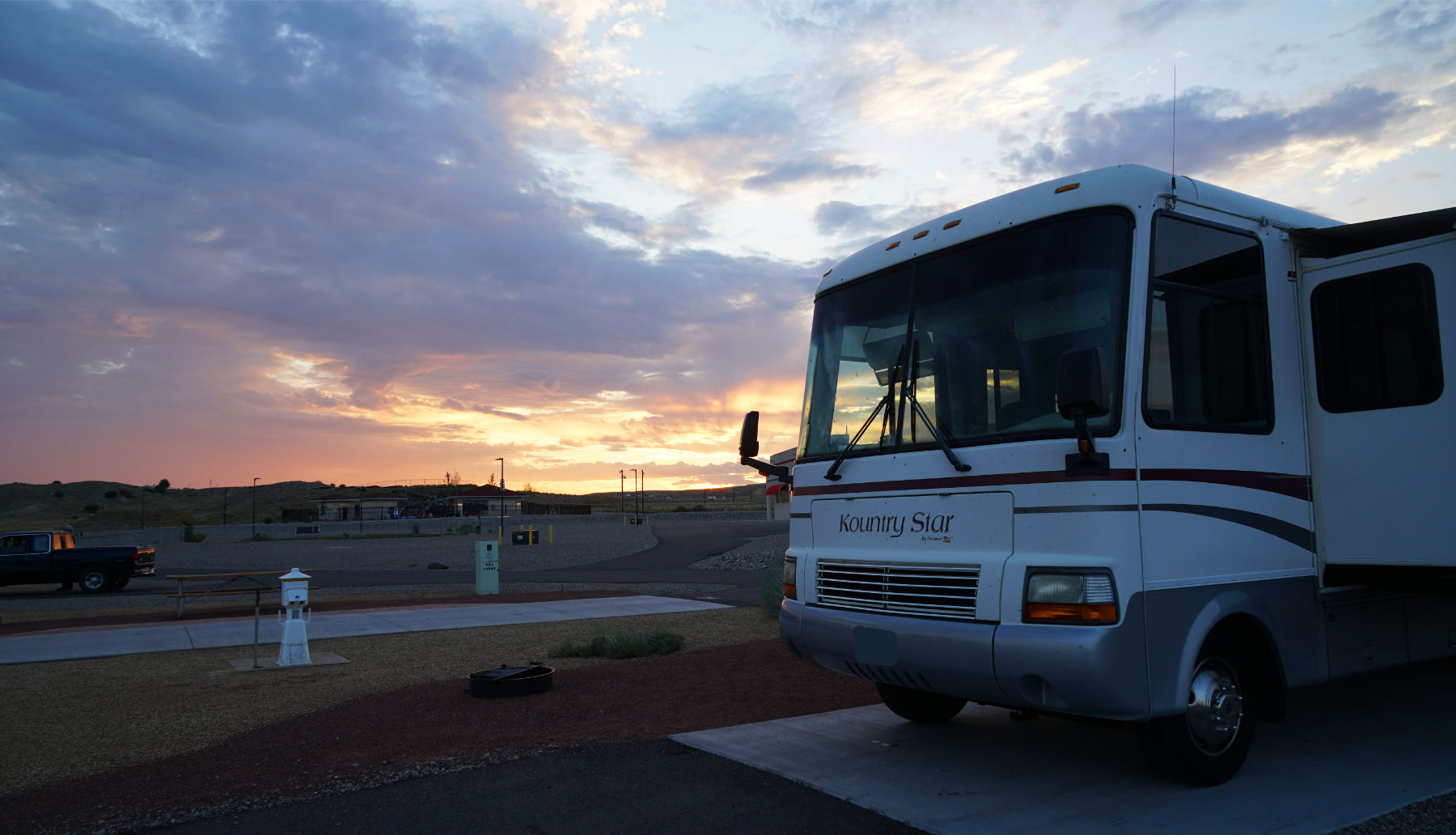 Finally parked for the night! 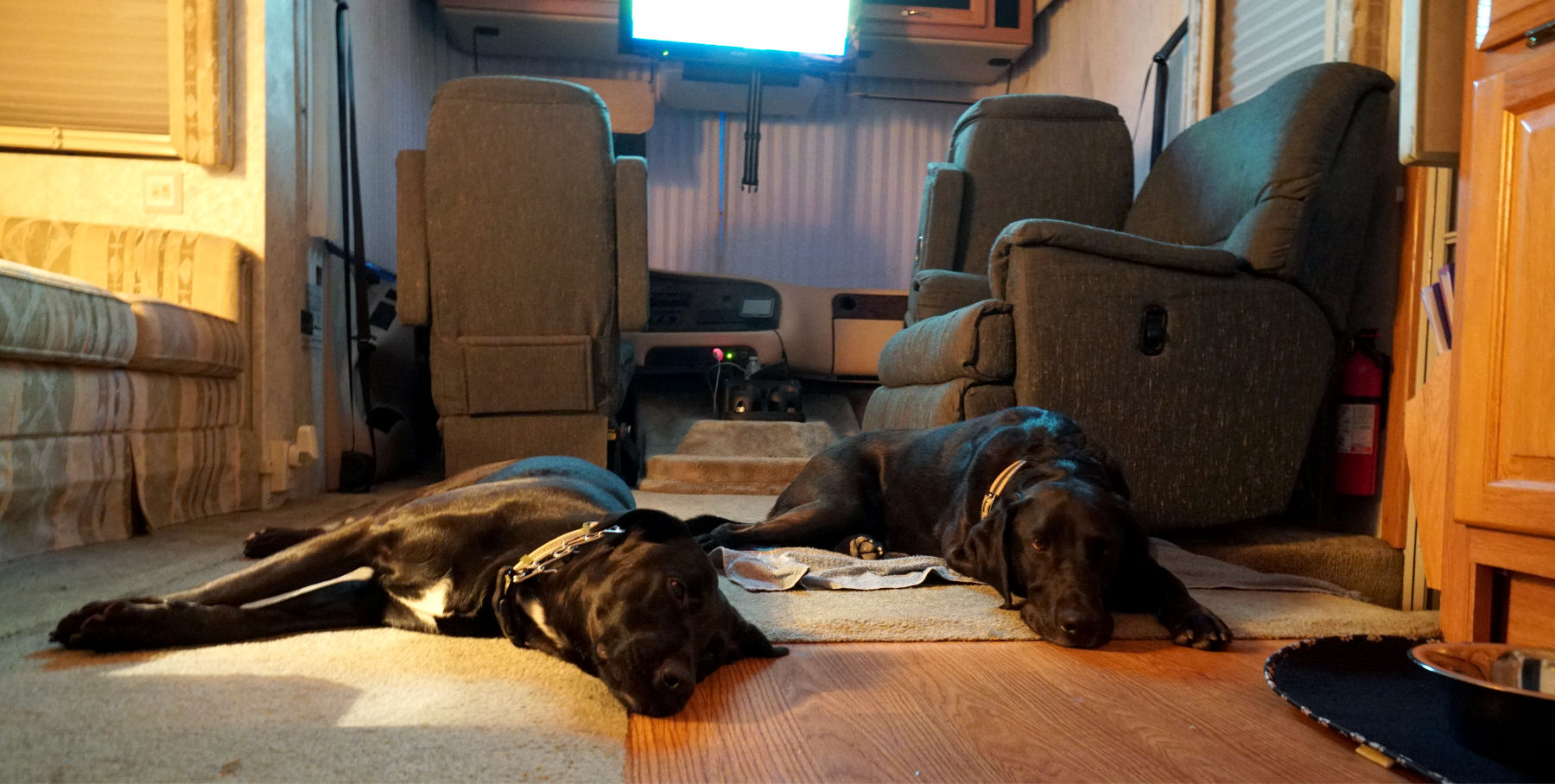 Two tired dogs. This is how we all felt. 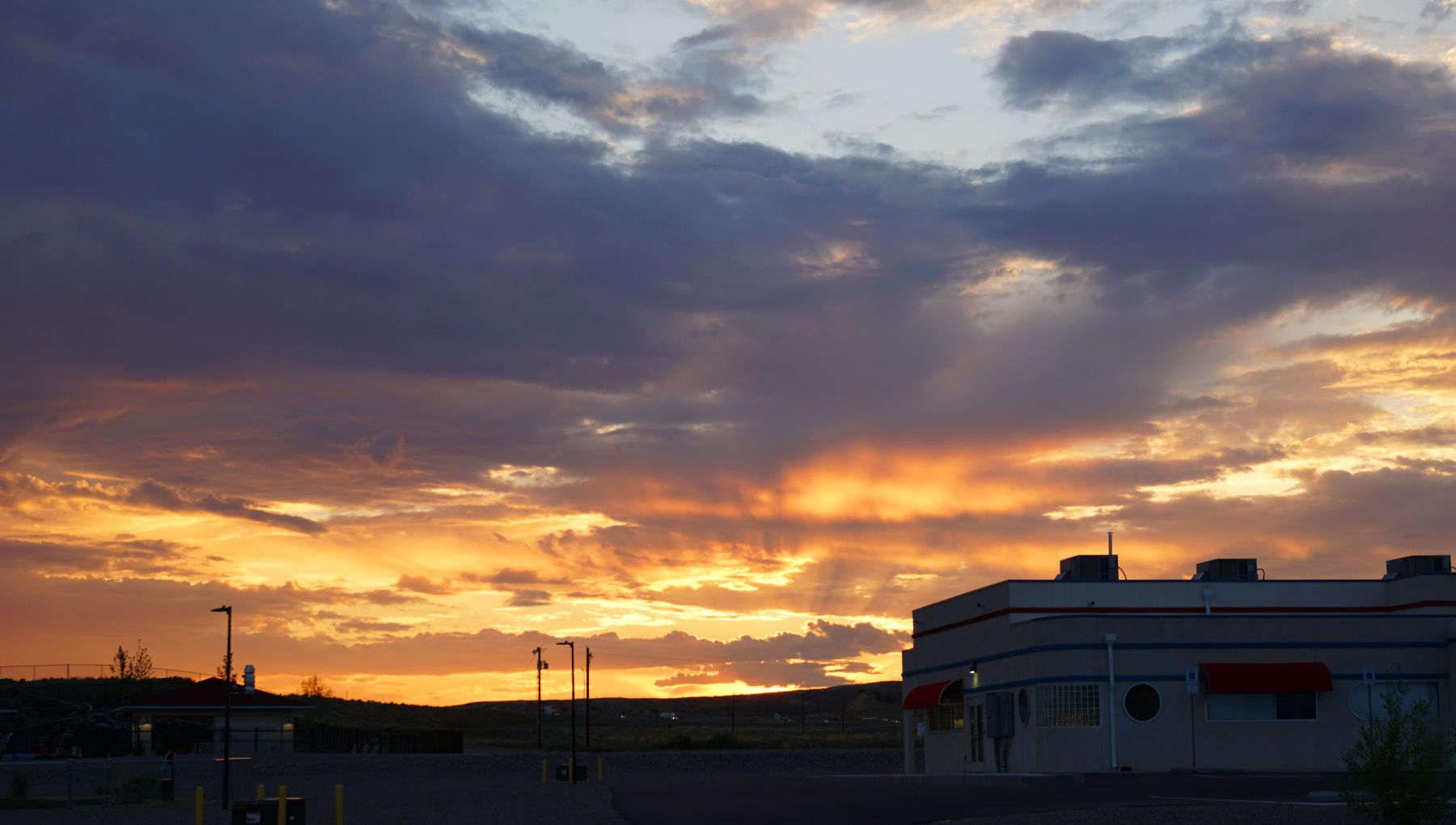 A nice visual end to a long day